You may see this article as novelty, or you may need to know about all the retro and older programs that still work on Windows 10 for one reason or another. Microsoft worked hard to make Windows 10 compatible across many different types of device as well as ensuring it works well on PCs that are either old, don’t have much processing power, or both. This means this article is for anybody looking for tips on old software they can get to work on their Windows 10 PCs, and for other people interested in PC and Windows history who are looking for a blast from the past. If you want programs from back Windows 7, Windows XP, Windows Vista, or even earlier, you’ve come to the right place. 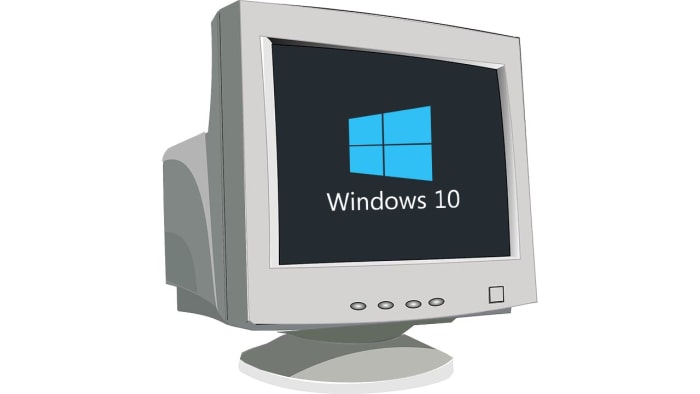 How to fix slow internet

Why do older programs have problems working on Windows 10?

We’ll, however, by pointing out that it isn’t easy to pull older apps and make them work on the most modern operating system. Sure, there are some out there but not many. This is because Windows has evolved through the years by treading a path from a 16-bit environment, onto 32-bit, all the way to today’s much more common 64-bit way of doing things. While all this has been going on, strangely titled new features and applications such as service-hardening, kernel-hardening otherwise known as Kernel Patch Protection, and deprecated functions among others have led to older apps not working on newer operating systems.

As soon as you see messages like ERROR_BAD_EXE_FORMAT you know you’re brushing up against 16-bit or 32-bit incompatibility issues. Let’s look first then at some programs that work as they are and then afterwards at compatibility settings you can change that will make it possible for you to run older software on Windows 10.

Some retro programs that work on Windows 10 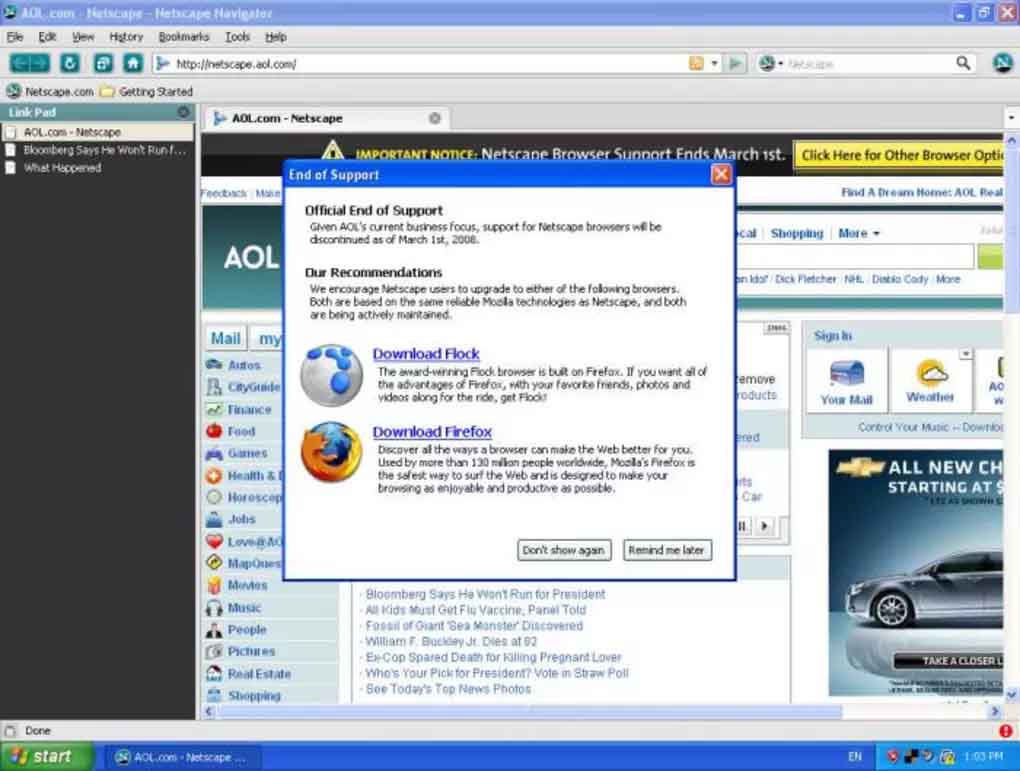 Do you remember when Internet Explorer was the biggest browser on the block? Despite its ridiculously buggy user experience, shipping with Windows meant Internet Explorer dominated the internet for years. In fact, the only real competition at all came from Netscape, which was first released in 1994. Netscape was designed to make the internet easier to use and did become the browser of choice for many internet users. Unfortunately, however, it never really made a dent into Internet Explorer’s dominance.

Remarkably though, Netscape Navigator still works on Windows 10 machines. This news, however, comes with a major caveat. AOL has ended support for Netscape Navigator meaning it isn’t safe to use. Download to check it out offline but be very careful when connected to the internet.

We’re going back almost 18 years now to 2002. We’d all just survived the Millennium Bug but were still reeling from 9/11. Microsoft released Office XP for its then flagship operating system Windows XP. You may know it now, however, as Office 2002 or Office 10 as there was no way Microsoft was ever going to release just one version of Office throughout the entire lifetime of Windows XP.

If you’re running Windows 10 on an older machine, this could work as your productivity suite of choice. It works perfectly on Windows 10 and is still safe to use. You’ll have to do without many of the bells and whistles you’ll find on today’s Office 365 but that also means you won’t have to suffer system slowdowns or freezes as your retro machine won’t have to handle modern features. 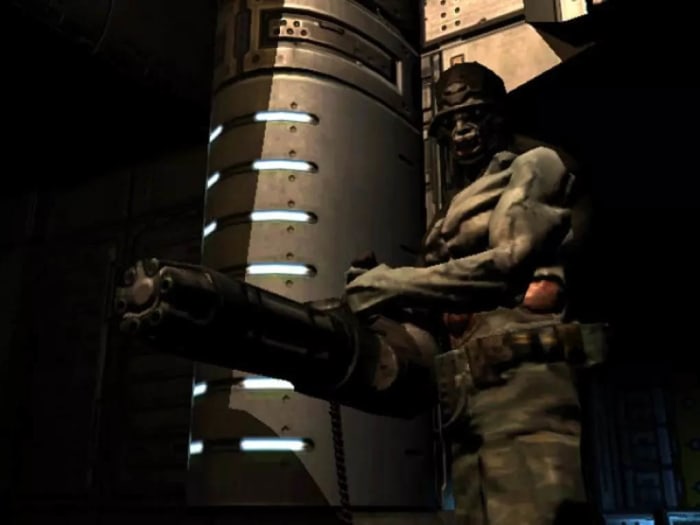 For me, the original Doom was the first game that dragged me into its world. Sure, before Doom my imagination could always fill in the blanks but Doom left no room for imagination. Everything was right there in front of you. As a first-person shooter, you had to actually walk through all the action. Doom was incredible.

By the time Doom 3 was released in 2004, a massive 16 years ago, the graphics had come a long way, the game was much bigger, and in every single sense possible it was more terrifying too. Despite being so old though, Doom 3 still works perfectly on Windows 10. Download the free trial below, if you dare.

If Doom 3 isn’t going to satiate your nostalgic hunger, you may be interested to know that Windows offers users a dedicated tool for reaching back even further. Already built into Windows 10 this tool is designed to help programs going back to older versions of Windows, such as Windows 98, work on Windows 10. Let’s look at the Program Compatibility Troubleshooter. To launch it you need to Search for Run programs made for previous versions of Windows. 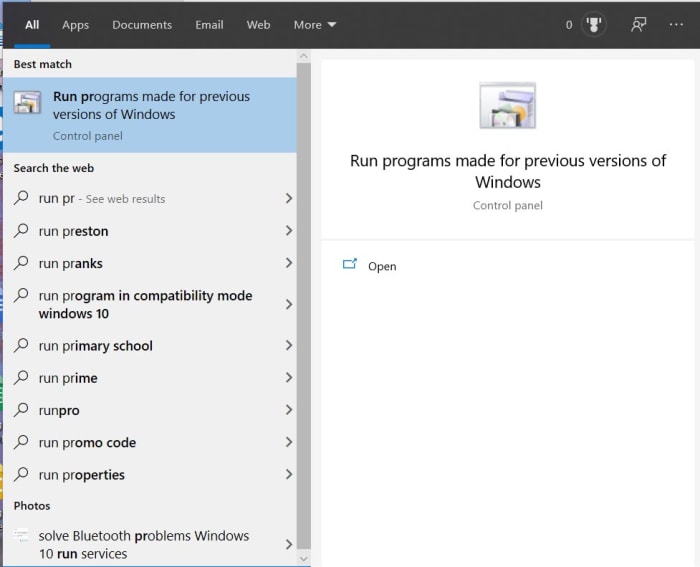 Once you’ve done this, you’ll see the troubleshooter open. You need to click the Advanced link and then select Run as administrator. In days gone by, most users ran their machines as the administrator, which means many old programs require this setting today. When you click Next the program will search your PC for any programs that it could help you launch. If the program you want to launch isn’t there, click Not Listed and then Next. Click Browse and then find the program you want to launch. You’re looking here for the .exe file that will launch the program. Once selected, you then click Next and hit Try recommended settings. Click Test to see if the settings work, and then hit Yes, save these settings for this program. Click Close and then whenever you try to launch the selected program Windows will automatically apply all the settings you selected when you ran through the troubleshooter.

Windows 10 marks a massive achievement for Microsoft. It is a sleek, secure, easy to use, and fast operating system. Furthermore, the software giant promises to continually evolve its flagship OS, which has already been around for nearly five years meaning this could be Microsoft’s ultimate version of Windows. That being the case, the fact that you can run programs from the early 2000s straight out the box is very impressive indeed. It’s even better that Windows 10 has a compatibility mode that can help you apply the settings required to run even older programs too. This effectively means that as well as being a great operating system right now, Windows 10 also provides an effective bridge to both the past and the future.